As a child I would lay in bed on Saturday mornings and pretend to die. I would sit up against the headboard to take a sip of water from a cup I had placed nearby the night before, and swallow it down with great effort, allowing a few drops to dribble down my cheek and onto the pillow. With labored breath, I would give a great soliloquy, imparting my wisdom to those who were gathered around my deathbed. I would start to cry, once again wetting my pillow as my children, their children, and sometimes, when my imagination was strong enough, my great grandchildren came to me one by one and whispered their tearful goodbyes to their sweet old patriarch. I would then lay back into the pillow and utter some final, great words of love to my family, gathered around me in my imagination as they were. My wife would take my hand in hers, her warm skin pressed against my own, as my breath grew more and more shallow, my heart beat weaker and weaker, and my life light dimmer and dimmer. I would close my eyes, and the last thing I would ever see in this life would be the face of the one I loved most, a sweet smile on her lips and warm tears of love in her eyes. I never imagined anything beyond that, my understanding of life after death being very minimal in those days.

Thirty years later, I am well into the wretched hollow now, waiting for time. Over 525,600 minutes have passed since he took his last breath, and every one of them has been overshadowed by my little brother's suicide. Nothing is, nor will it ever be again, the same as before; everything about my life has changed. When Jared took his life last year, I could not imagine experiencing a pain, a loneliness, a sadness, a betrayal, or a suffering so deep that it would drive me to do what he did. I could not fathom the depths of the sorrow that he floundered in every day. Over the past twelve months, I have pondered his final minutes here on earth, and how he must have felt as he wrote his goodbye, telling us that he loved us, but that he was lonely, so lonely, and that he had to go. It has broken me to know that he suffered so terribly, and that I was so ignorant of his despair, so blind to his grief, and so deaf to his cries for either death or help, whichever would come first and end his torment. I have been wracked by just a sliver of those same thoughts and feelings this year, and while it has brought me to my emotional, spiritual, and physical knees, I still cannot grasp the measure of his hopelessness. I hope that I never do. With so much crumbling around me, one would think that I should worry and fear. Not so; the crumbling clears my view and allows me to see farther into the distance, granting me a more perfect line of sight to what can, what should, and what will be. I miss Jared, and I will mourn his death for the rest of my days, until I see him again, fall upon his neck, and hold him close like a brother should.

As always, darkness allows us to discern the light. I thought I might list some of the beams of light that pierce the darkness that surrounds and abounds these days.

-I was told right away by "experts" that I would soon feel anger towards Jared. I have not.
-Friends that have stood strong, silent, and fearless beside me as my storms have raged.
-The scales have been peeled away; I am clear-eyed now, even through the tears.
-Words; powerful, heartfelt, flowing words, both from others and within.
-The road trip of a lifetime.
-Three young pillars that have held up against immense pressure, keeping the foundation of this home intact. Caleb, Hannah, and Solomon serve as constant suppliers of unconditional HOPE, LOVE, and JOY.
-Elizabeth; With me from the beginning, she knows my heart. She has shared every single emotion, shed every single tear, and held my hand at every single moment. Not only does she love Jared as much as I do, but she is the one that taught me how to love him as much as I do. The last interaction she had with Jared says it all; he came to her for a hug when he needed one most.

Coming full circle: I no longer play deathbed on Saturday mornings, but I still imagine my last moments on earth, although now with a greater understanding of life after death and the Eternities. Of course I now know what my children look like, and whose face it will be in that final moment before closing my eyes, but in addition to those changes, I have added a couple of elements since Jared's death; there is a smile on my own lips as I close my eyes, and as I straddle the gap between life and death I whisper softly so that only Elizabeth can hear... 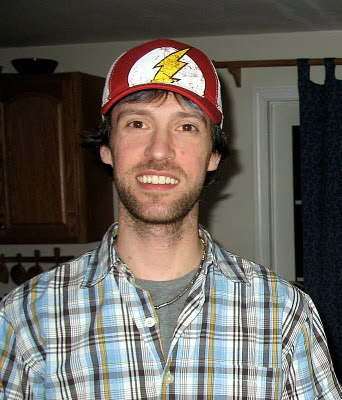 Posted by Matthew Deane No comments: