I don't recall the first time I noticed them, maybe the nurse that carried me fresh from the womb and over to the heat lamp was wearing a pair (white in color would be my guess). The swish of her nylon-sheathed thighs might have brought on my first smile, or my first gasp for breath.

Soon I was dressed as a woman. Complete with makeup, hat, shoes, and a purse, I walked through the neighborhood without a thought to being embarrassed. There was no way anyone would recognize me all made up and dressed like a woman, and I really didn't care anyway. The video shoot went well. I hammed it up, slapping a hand on my thigh, stomping my heels, and heaving a big sigh as I argued my case for why the panty hose were so great to wear. I don't recall if I was assigned the "less chilling" or the "laced great" side of the argument, but I do remember the sensation of the cool air on my legs as I crossed them in mock disgust during the debate.

While I enjoyed my brush with panty hose, it didn't stick. That video shoot brought an end to my obsession. I was like a boy whose father makes him smoke a whole cigar in order to kill his curiosity. I gave it a shot, and it didn't play out. I had never wanted to be a woman. While I still loved the soft, silky texture of panty hose, I found it easy to avoid wearing them. I do admit, however, to reaching out for a touch now and again, especially when offered the chance openly by a girl.

Years later, after lusting after many brunettes, I found myself enthralled, enraptured, and engaged to a feisty blonde. She was beautiful. I wanted to impress her. Shakespeare seemed a safe bet. I read to her from Romeo and Juliet by candlelight.

Wanting to look the part, I wore nylons. 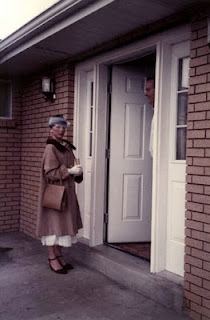