"A nine-year-old boy has killed himself after enduring four days of homphobic bullying at a school in Denver, Colorado."

This headline broke me in two this afternoon, and I cried like I haven't in a long while. 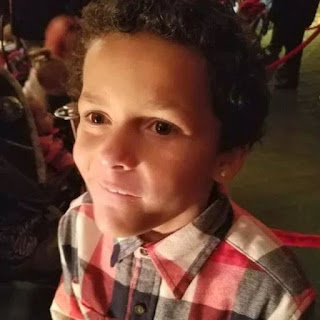 Look at the light in that little boy’s eyes; the world will be a darker place without Jamel living in it.

My greatest regret is the way I treated both of my brothers when they came out. Since Jared’s suicide I have been doing my best to move forward by living, loving, and laughing, but I cannot escape the guilt, shame, pain, and regret that rests so heavily on my shoulders.

I’ve spent countless moments staring into the hazy distance, wishing I could re-live, and subsequently rewrite “West of Independence.”

Were I able to do just that, I would ensure that it went something like this:

“Matthew, I’m gay,” Jared said, the heavy weight of worry in his tone.

The brothers hugged, then jumped in the car and drove to the Grand Canyon. Along the way they had a thousand adventures, each one of them impossible to forget.

But I can’t re-live and rewrite WOI, just like the bullies at Jamel's school can't rewrite those four days. That fact bows my back more than anyone who doesn’t carry the same weight of regretfully wishing for something so out of reach can understand.

I’ve heard it expressed many times that the loudest opponents to a specific behavior or lifestyle are often guilty of the very thing they claim to passionately loathe and vehemently oppose.
here's nothing I hate more than a bully.